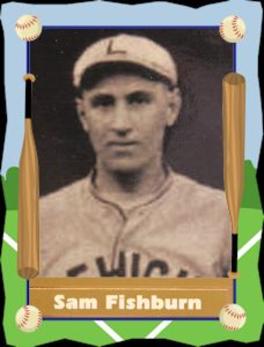 Samuel (Sam) E. Fishburn (1893-1965) graduated from Lehigh University in Bethlehem, Pennsylvania, in 1919. A baseball player, he was a shortstop for Reading in the International League before joining the St. Louis Cardinals. He appeared in nine games for the major league Cardinals but was “stuck” behind an aspiring second baseman, Rogers Hornsby. Sam returned to the minor leagues for 15 games before he chose to leave baseball to accept a job at Bethlehem Steel. Sam spent the rest of his life in Bethlehem and was the founder of his own real estate business, Fishburn Realty.

Sam operated his real estate business for 37 years before he sold it in 1961.